The difference between transmitting with 5 or 12 watts of power in practice will not reach half a unit “s” in a remote receiver, however, that can be the difference in critical conditions to achieve a QSO.

But the mcHF behaves much better emitting with its nominal power of 5 Watts, that’s why a “help” in the form of linear amplifier is a better option when necessary. MINIPA-70 or MINIPA100 is a good  and unexpensive “help”. 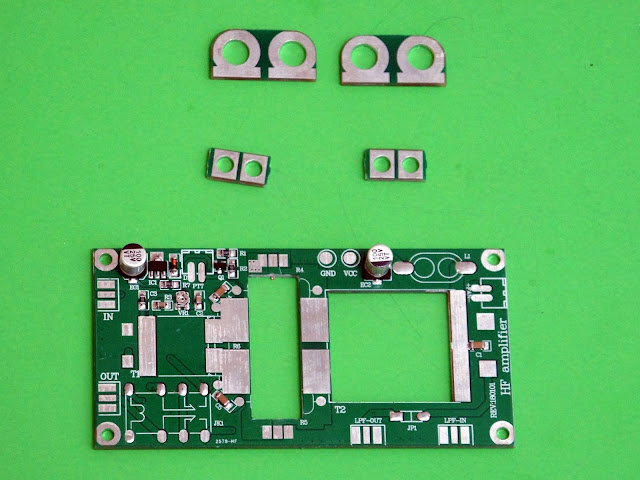 My recommendation is to first separate the supports of the transformers T1 and T2 (cut them from the printed circuit) and then weld the components of small size. Leave the fan and PTT connectors for the end. These connectors prevent the welding of other nearby components and can easily melt due to excess heat. 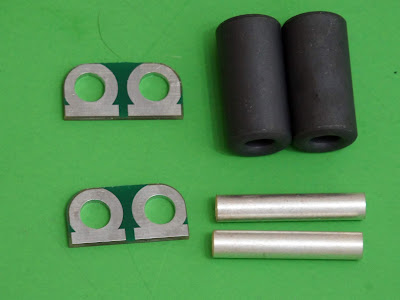 In this way the transformer T2 is built. The two small metal tubes are actually the half turn of the primary. Use a large 100 Watt flat tipped soldering iron to build T1 and T2 and to weld their brackets to the printed circuit board. Contrary to what is believed, the high temperature decreases the time used for welding and prevents collateral damage, such as the detachment of the printed circuit tracks. Use resin or paint stripper for welding and tin abundantly first the parts to be welded. 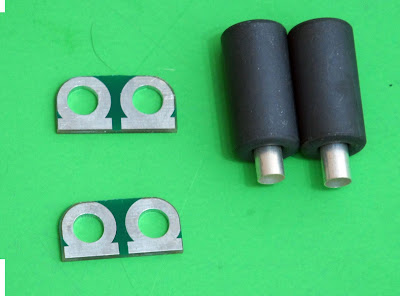 The three turns of the secondary winding through the inside of both tubes. 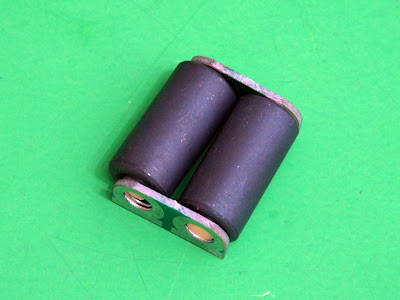 The same happens with the transformer T1. 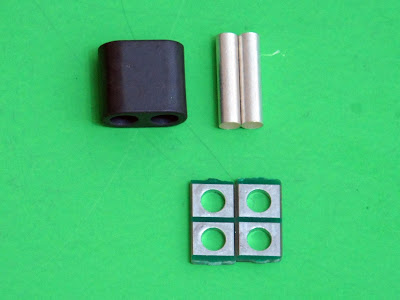 The half turn is constructed with the two tubes. 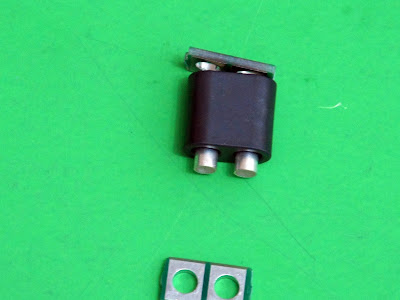 The two coils of the secondary pass through the inside of the two tubes. 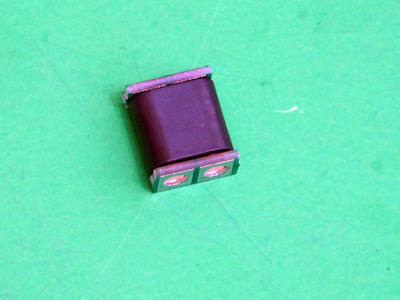 This amplifier is a symmetrical “push-pull” stage. Pay attention to build it with perfect symmetry. Locate T1 and T2 centered on the hole left in the printed circuit. 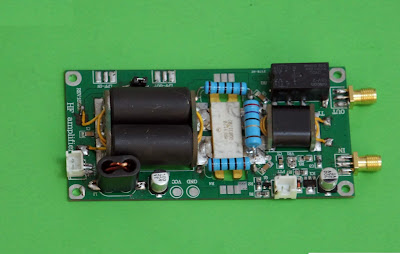 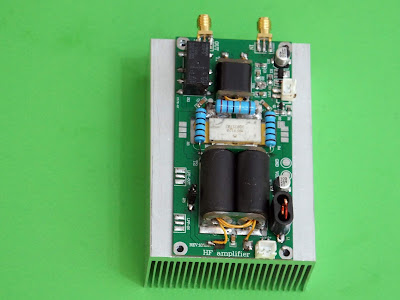 Apart from the Mosfet used, the 100 Watt version includes a resistance in parallel with the secondary of the transformer T1.

The adjustment is very simple: it is enough to regulate VR1 to obtain with a power of 12 Volts, a consumption of 1 amp without excitation. If you observe a non-linearity, the rest current “bias” can be adjusted to a higher level. In most cases, with 1 Ampere of current at rest is usually enough. 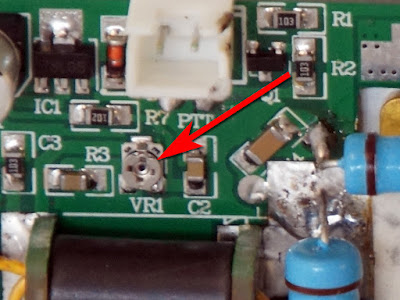 Do not connect this amplifier to an antenna without first connecting a low pass filter. Below you can see a video with the description of the operation of the 70 W version.

Some people who read this post contacted telling me about their bad experiences. For this reason, although it is common sense, I must warn that before connecting the linear amplifier to a power supply for first time, make sure that the pointer of the potentiometer VR1 is set to the ground side, that ensures the initial condition of zero bias before adjustment. If initial bias level is too high and you do not have an adequate heat sink, the thermal death of the power mosfet is guaranteed.

The use of a laboratory power supply with limited intensity, for example, at 2 amps during the initial bias settings, is also a good option.

Bear in mind that under normal operating conditions, current peaks of up to 12 – 15 amps at maximum power can be obtained.

An AB class amplifier has a performance not exceeding 70%, which worsens in the higher frequency bands. In these conditions, if you are providing 100 watts in antenna, approximately 60 – 70 watts are dissipating in the form of heat in the final mosfets. Imagine the heat given off by a 70 Watt incandescent bulb.

One recommendation: if you are looking for a customized aluminum radiator, here it is.

In ebay or aliexpress you can purchase an up-tp-date low pass filter, which shares the filter for nearby bands. Another option is to build your own. Up to 100 Watts. 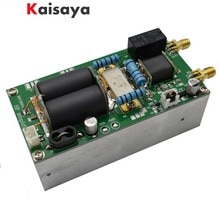