Impressions Of The Eton Traveller III. Passing through Phoenix, Arizona last April, I stopped into one of those Radio Shacks that were closing and picked up the new Eton Traveler III DSP radio for about $45 out-the-door. Not a bad price, near 40% off suggested retail of $69.99. I’ve spent the summer evaluating it, and had a chance to use it while crossing the country.

The last couple of DSP radios I bought were disasters so I quit buying them. The Tecsun R2010D and the Kaito KA321 both had odd tuning quirks, seemingly a product of their engineering. Quality is generally down these days. Sensitivities are generally poor. I gave both radios away at a yard sale two summers ago, then decided to take a hiatus from buying Asian consumer DSP radios until something changed, or someone reported an improvement worth looking at.

In a radio, I only care about a few things. Mainly, but not limited to: does it have reasonable sensitivity and selectivity, does it tune acceptably well, and does it have a readable display? I don’t care about jillions of memories, ETM, alarms, sleep timers, or temperature display. Just give me a radio that receives stations. My old 1962 Sears Silvertone seven-transistor radio, “ice blue”, received stations, and well too. Elementary silicon technology, it was. If they could do it some 53 years ago, they can do it now.

And so we have the Eton Traveler III. Not perfect, but promising. I bought it for two reasons. People had reported that the annoying soft-mute (see other DSP radio reviews on this blog) had been disabled or at least minimized, and that the radio’s sensitivity was pretty good. The ‘Traveler III is basically the next iteration of the original Tecsun PL-300WT, and Eton’s Grundig G8/Traveler II offering of several years ago. It uses the new version of the Silicon Labs’ Si473x chip.

The Eton Traveler 3 (I’ll use the number 3 from here on out), is small, basically pocket-sized, but has some heft to it. It fits well in your hand. It is a beautiful little thing to the eye, and it’s got a nice build quality. The sound out of its ample, front-facing speaker is pleasant.

The Eton engineers have nailed three important things on this radio: smoothness in tuning, defeat of soft-mute, and sensitivity.

They have also failed in three categories: the tuning encoder, the AGC (automatic gain control) setup, and the display.

Ahhh, smoothness in tuning. Fond memories. As an old radio “Ham” and general DXer, I’ve been tuning receivers for more than 50 years. Memory drifting…. Slowly we sweep across the band. Vibrant, reverberant (somewhat microphonic) signals rise up out of the ether, then smoothly fade away under the noise as we pass by. Pure magic. Think of zeroing in on Radio Moscow on a cold winter’s morning in about 1960, announcer Joe Adamov booming in on a late 1930s vacuum tube Zenith stand-up console radio.

Analog tuning, the old superheterodyne, the smoothest of the smooth, seems to only exist in some cheap consumer pocket varieties now, many of them hold-overs of best-selling consumer items of 15-20 years ago like the Sony ICF-S10MK2, the Sony SRF-59, still on sale at your local drug store. And there are others of course – newer, cheaper, Asian analogs. Digital PLL (Phase-Locked-Loop) radios are still with us, introduced on the public many years ago. They tune adequately, although exhibit a sort of lack of “presense”, a hard sensation to describe.

Back to our story.

Enter the consumer digital DSP chip world, circa 2009. It was (and still is) promising. But we seem to have gotten away from smooth tuning. Consumer design teams have struggled getting it right with these new Silicon Labs DSP chips for some reason. I was starting to believe it wasn’t possible.

After several years of using these radios, it started to become evident that soft-mute was the main culprit here. Combine soft-mute with oddly-set AGC characteristics, then couple that with the DSP chip’s odd infatuation with peak AM signal-lock and you have a recipe for tuning weirdness.

Soft mute, which is programmable, has finally been turned off in the Eton Traveler 3. No more muting of noise next to a strong (or weak) station. No more dead air where there is no station. Only the beautiful, low-level hiss of the noise floor and the resounding crashing of the ionosphere. Wait – I hear a carrier and faint audio under that hiss. I am back in 1962 once again! Sweet!

The soft mute change – its elimination – promotes smoothness of tuning, at last. Signals don’t just “pop in”, ala TV remote control. They rise and fade, nearly like the old days, as you sweep across the band***. Thank you Eton.

The Eton Traveler 3’s sensitivity is to be commended. Of all the ultralight DSP radios I own or have tried, it is the most sensitive one of all. In western Arizona, Los Angeles’ KFI-640 (50 KW), at 217 miles distant, is armchair copy. The only other radio which offers a presentable signal, though weaker, is the Tecsun PL-380, another Si473x DSP radio. On the others, audio is strained or non-existent. No signal is even present on the Sangean DT-400W. The Sony SRF-59 struggles to even make it out.

Selectivity is good. It appears to be about 3 KHz wide, or possibly even 2 KHz, about equivalent to the Tecsun PL-380’s 2 or 3 KHz setting. And of course the skirts are steep, using DSP technology. The only thing lacking is a way to set different bandwidths like the PL-380 can. That’s not objectionable to me, though.

A nice and welcome software correction, the radio’s display now updates signal strength (RSSI) and signal-to-noise values approximately three times per second. The Tecsun PL-380 only updated its display about once every two seconds. It’s much easier to rotate the radio now and read the signal strength changes in somewhat realtime.

Now for the bad news.

Eton, you skimped on the tuning encoder. It’s cheap, and mechanical, though a mechanical encoder would be what is expected in a radio of this price range. Tune upwards very slowly, like DXers do, and it skips two channels over, or tunes backwards a channel. Tune downwards slowly, same thing. Unacceptable. Mine isn’t the only one, either. Reports are that many, if not most, act this way. One solution is to change the tuning step to 1 KHz which makes the channel skipping effect less noticeable. But it takes forever to get anywhere at 1 KHz without a keypad. Fast tuning, activated by spinning the tuning knob many, many times, doesn’t kick in quite soon enough.

A little history. Automatic Gain Control, or AGC, was first implemented in radios many years ago for the reason of fading propagation, which required continuing manual adjustments of the receiver’s gain. The idea is that the AGC circuit will automatically maintain a constant signal level at the output, regardless of the signal’s variations at the input of the system. Besides the depth of its interaction, AGC has two other characteristics, attack rate and decay rate. The attack rate is the speed in which the AGC is applied, the decay rate is the speed in which it is relaxed. All three are important design considerations.

***I find the Eton’s AGC to be a bit heavy handed. It’s decay rate is extremely slow in reaction, especially for the DXer. Tune off a moderate or strong signal to a nearby weak one, and it seems seconds before the AGC relaxes and brings up the volume of the low level background signal and attended atmospheric noise. This is simply a programmatic adjustment on the DSP chip. It probably works for the intended consumer crowd, but not for the DXer. I prefer a relatively fast-reacting AGC.

Now, for the LCD display. Use this radio indoors, if possible. The orange digits on a deep black background are beautiful to behold in a dark or dimly-lit room. Take the radio outside, particularly on a sunny day and you think you have gone blind because the display disappears. You can’t see the digits. The display also has an odd “best” viewing angle. It appears to be around 45 degrees, looking up at it from the bottom of the radio, not dead on. And that angle is not forgiving in the sunlight, either. A few degrees off and the display disappears again. You are constantly adjusting the viewing angle straining to read the information.

In summation, I found the Eton Traveler 3 to be a good buy at the price I paid. It has marvelous sensitivity for such a small unit. Except for the deficient tuning encoder, it tunes smoothly, nearly as good as the old analogs did. Soft mute has finally been eliminated. I could never understand why you would combine AGC with soft mute. One intends to increase the receiver gain so you can hear weak signals and the other masks the receiver output for weak signals. They are mutually-exclusive.

Maybe the Eton Traveler 4 will have tweaked AGC, a better tuning encoder, and a brighter display?

One last thing, the Eton Traveler 3 looks highly modifiable. It’s ferrite loopstick is easily removed, allowing for experimentation. More to come on that! 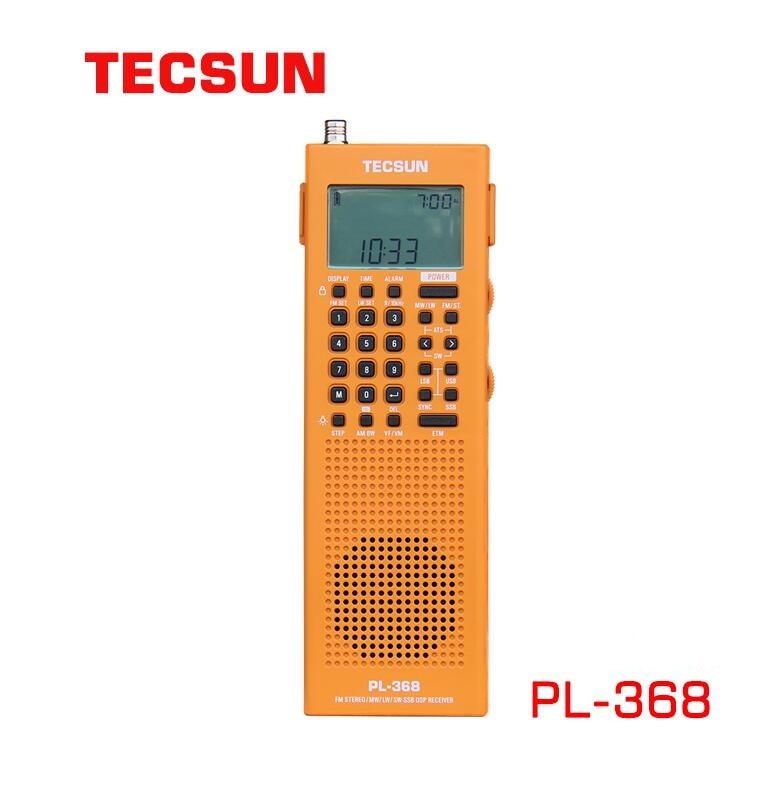 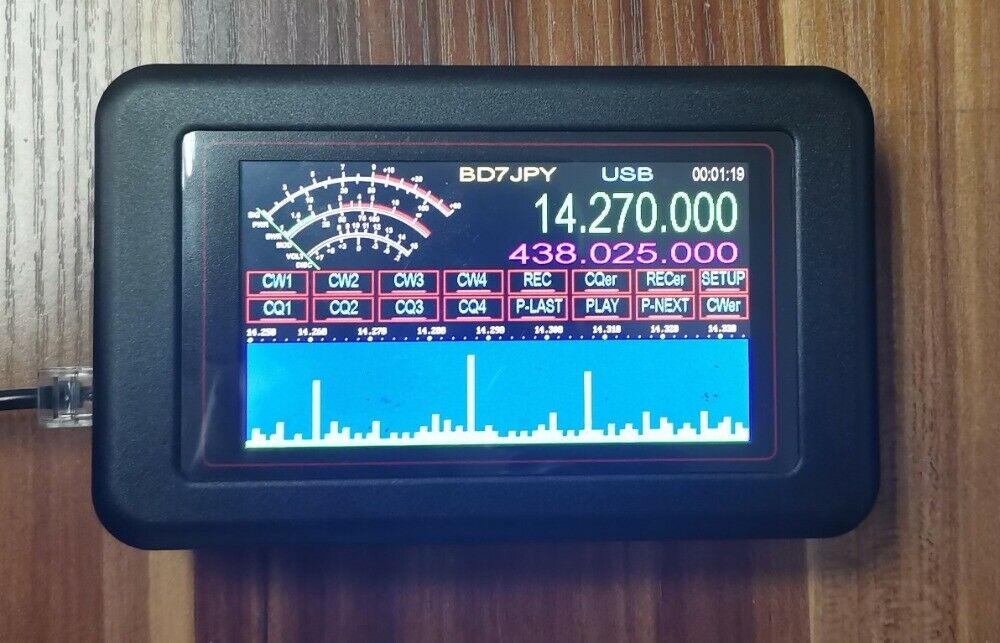 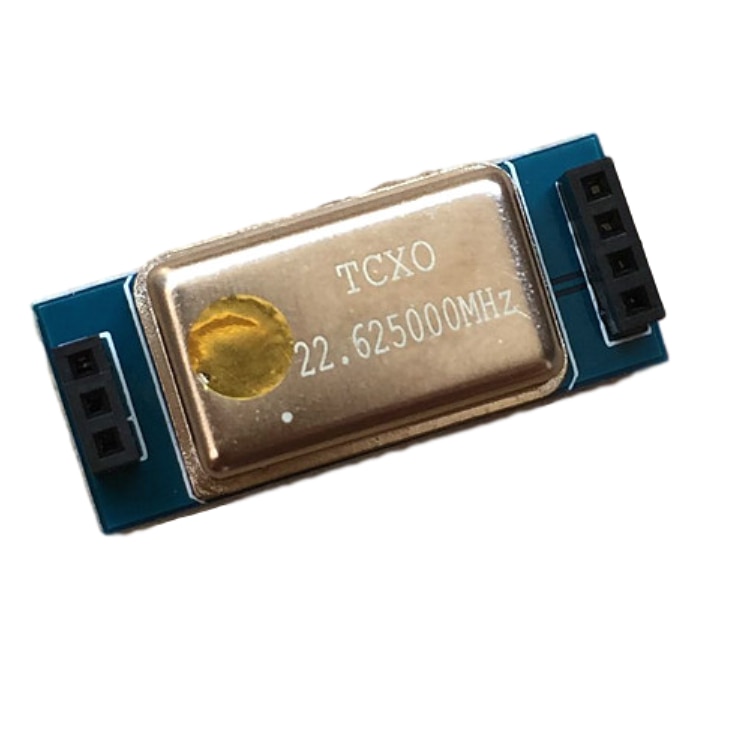 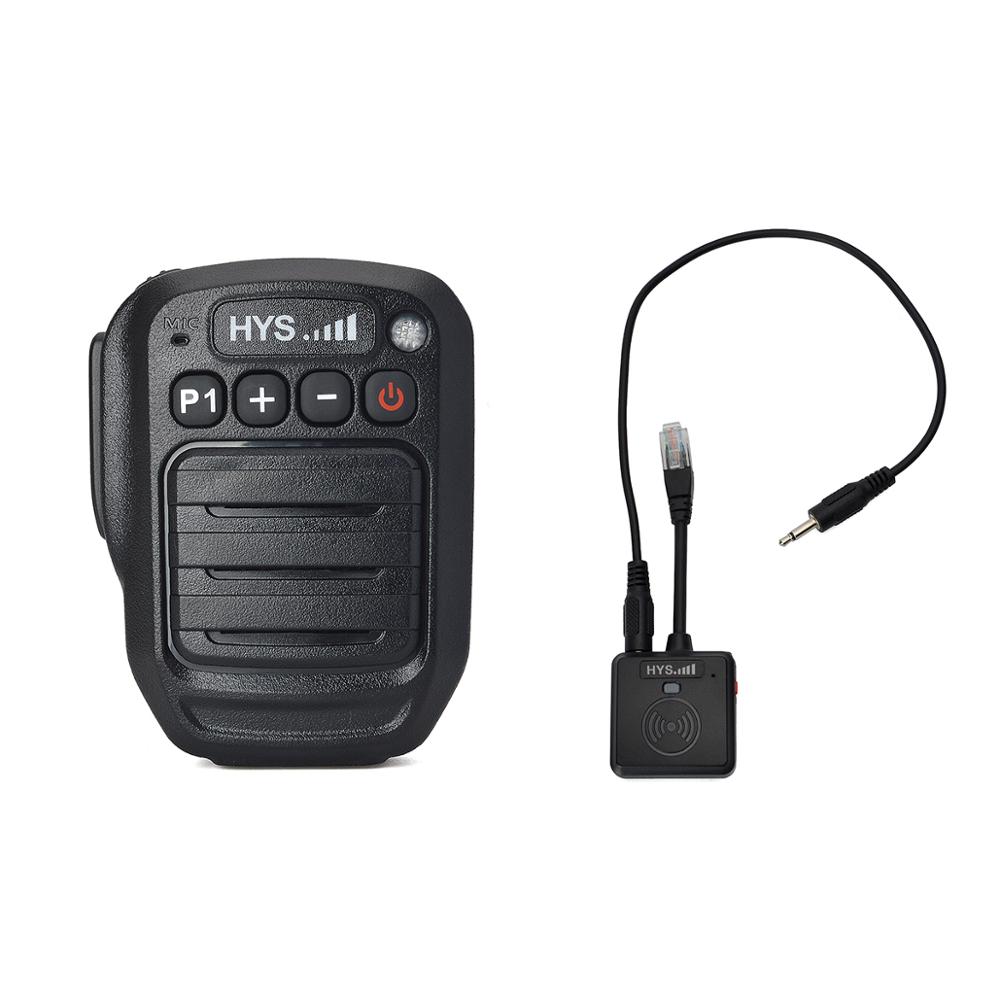 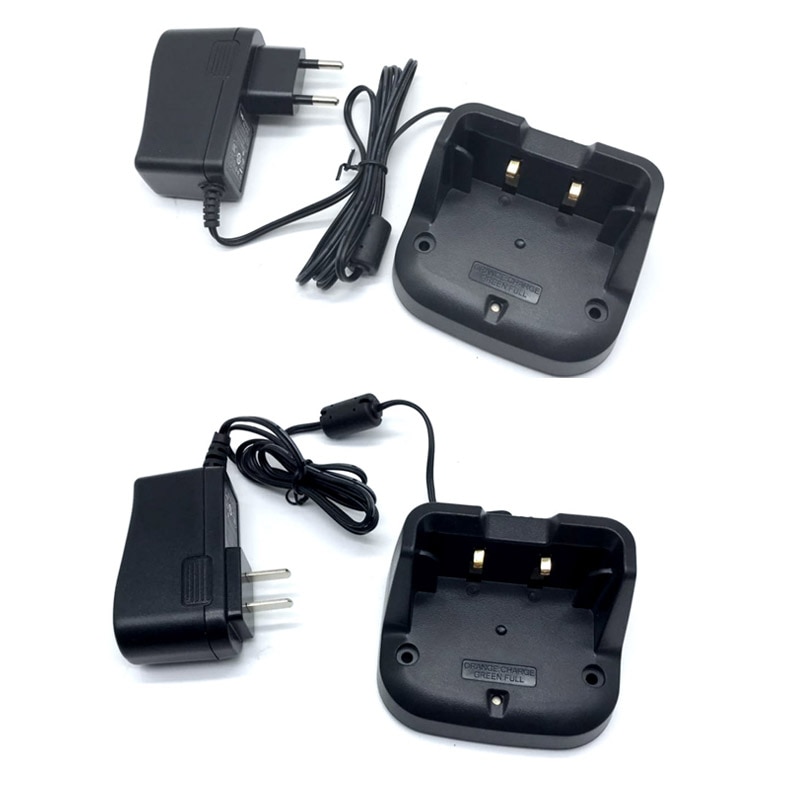 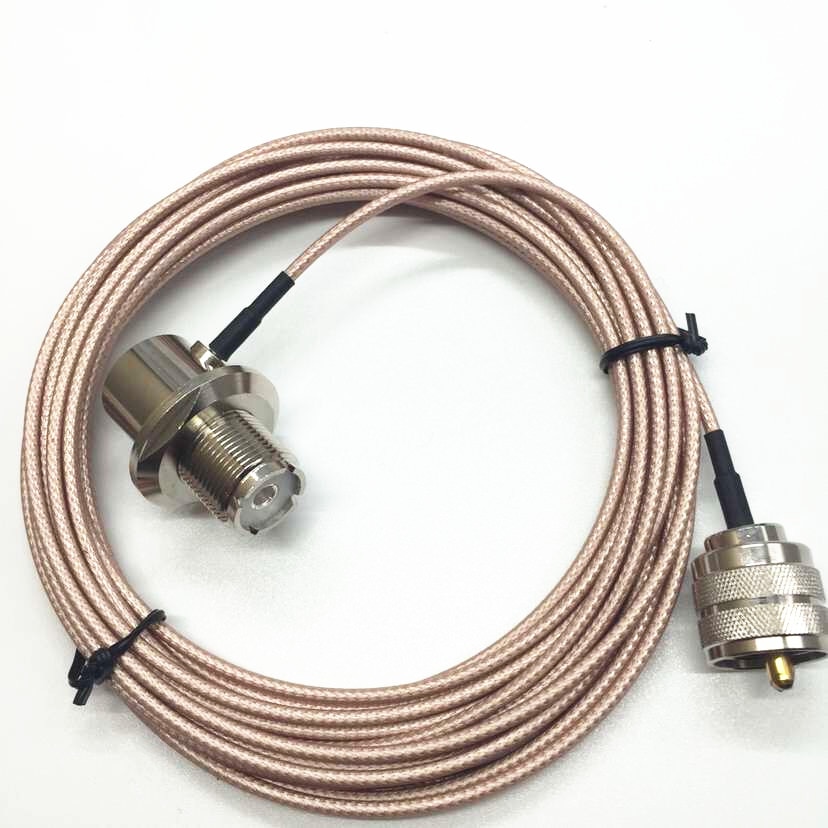 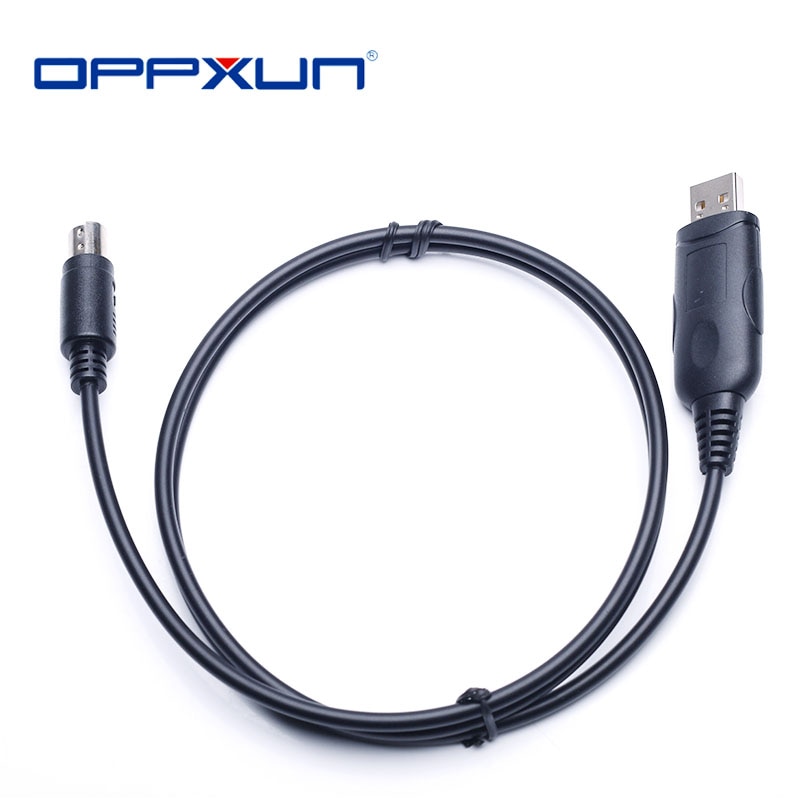 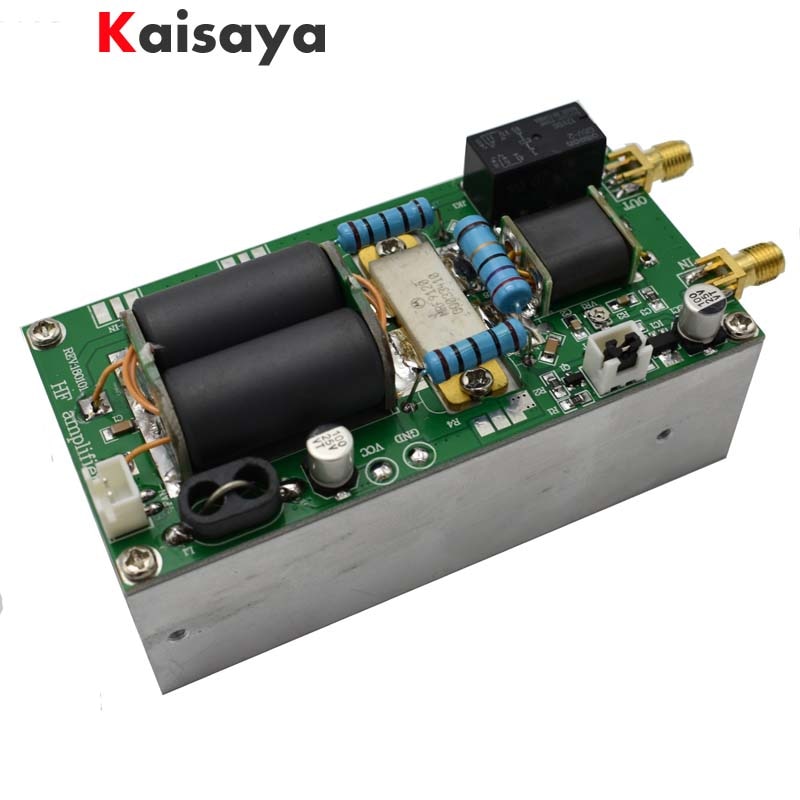 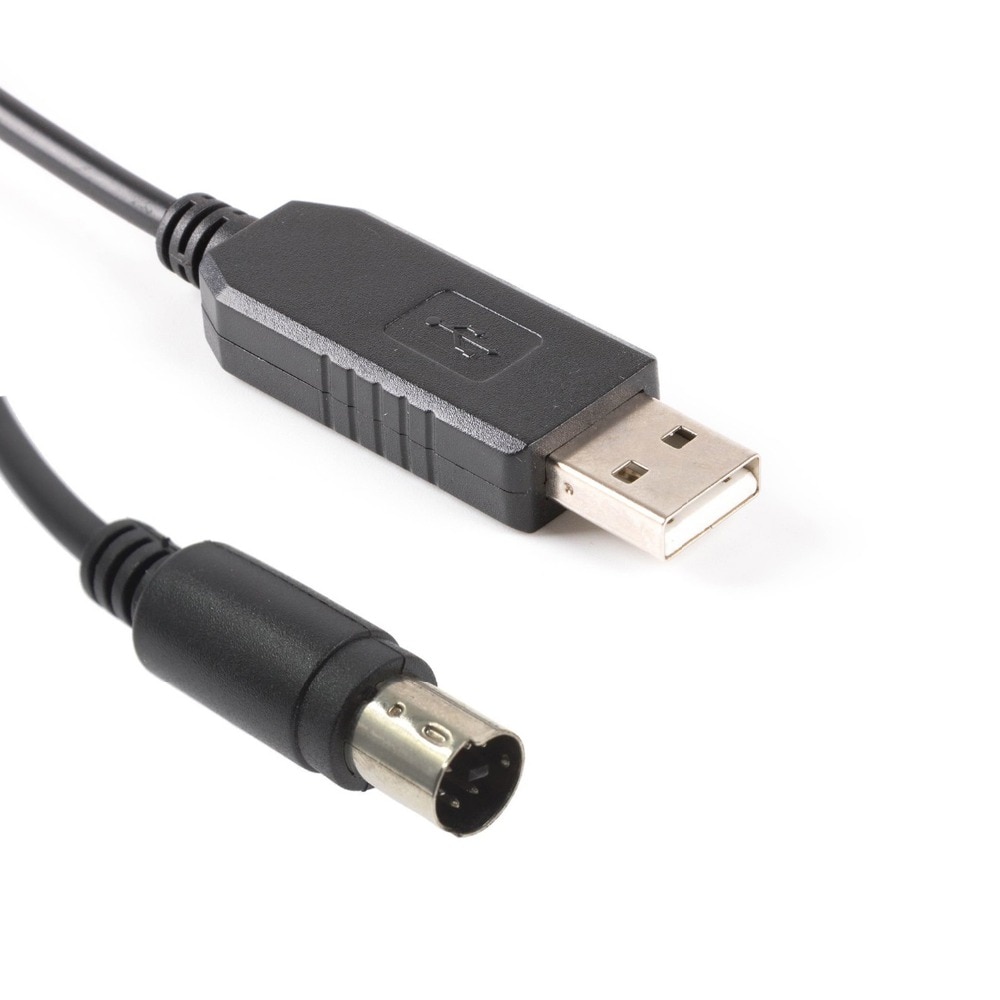 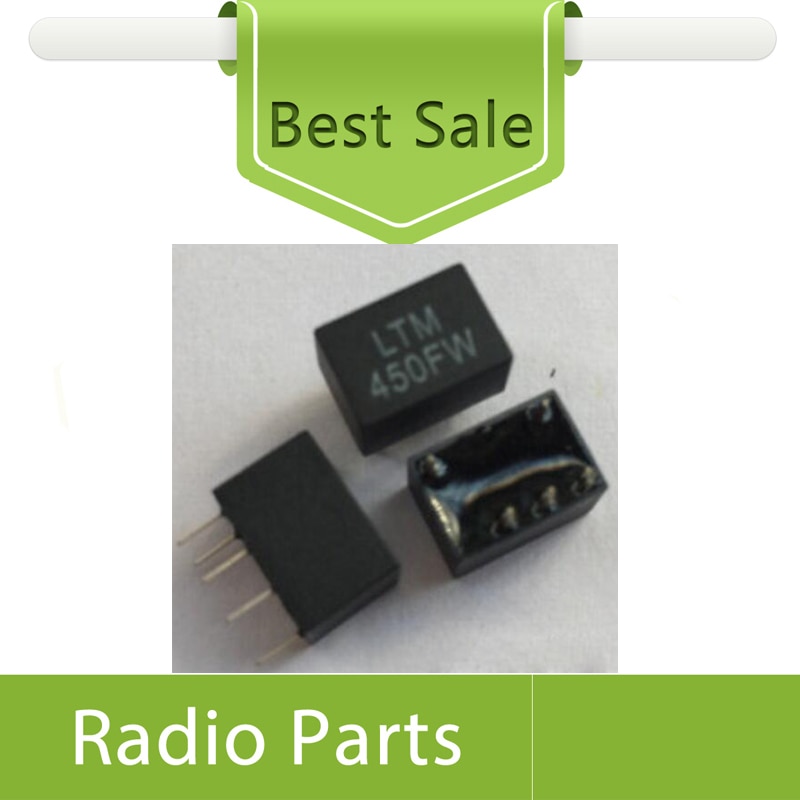