Well as usual like most SDR transceivers the Anan 10E is just a grey box with lots of connectors and a few blinky lights. However that grey box is very ruggedly built heavy duty extruded case. The Anan 10E has a nice heft to it and a high quality feel. The case still maintains the Anan 10 labeling rather than having a Anan 10E label. Basically, at the end of the day the Anan 10E shares most of it’s internals and specs with it’s older brother the $1649 (street price) Anan10. Why is the Anan 10E $684 cheaper? This is mainly due to the use of some less expensive parts in the Anan 10E vs the Anan 10. This is what Apache Labs list as the differences :

The word on the street is that while the differences between the two rigs are measurable, that in actual use they aren’t that noticeable.  Probably the most glaring one is that the Anan 10 has 7 independent receivers while the Anan 10E only has two. Not too sure why one would need 7 receivers, but some DX hounds might find them very useful. The two receivers in the Anan 10E can share the same antenna to provide continuous coverage from 10KHz to 55MHz. With the appropriate software, the radio spectrum from 0-55MHz can be displayed in real time (which is kinda cool).

Another notable difference is that the maximum sampling rate of the Anan 10 is 1152kHz while the Anan 10E is 384kHz. This isn’t much of detraction from the Anan 10E because 384kHz is more than enough bandwidth to show the activity across a band that you are monitoring. Going higher than 384 kHz isn’t always necessarily better since it can make the waterfall very crowded and you wind up having to zoom in anyway.

Lets talk about some of the connectors on the Anan 10E. 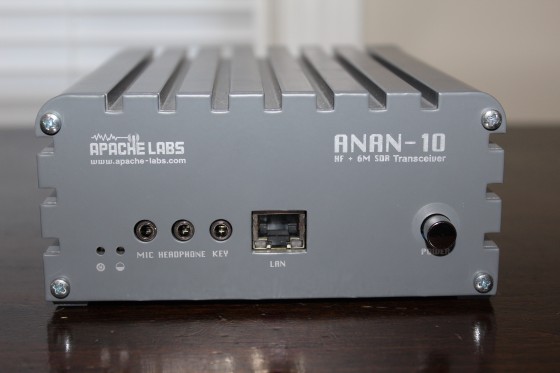 Microphone Jack – The front panel microphone jack consists of a 3.5mm stereo jack. Out of the box, the Anan 10E is configured to accept a standard PC type dynamic microphone. If you need bias power for a condenser mic, you are going to have to open the box and change a jumper. Depending on your mic’s wiring you may have to change a jumper that controls the ring and tip connection. Since the mic jack also supports PTT on this jack, if the wiring of the mic is incorrect you may find yourself stuck in transmit until the microphone is disconnected. There is a jumper for the PTT wiring also. You can adapt most any microphone to the Anan 10E by making your own cable if necessary. However if the microphone requires 48V phantom power, you will need to use some type of external interface. Some users use a usb mic plugged into the computer by utilizing PowerSDR’s VAC (Virtual Audio Cable) facility that can be provided by a 3rd party software application.  A really good VAC application is VB-Cable. It’s far simpler to use than the traditional Virtual Audio Cable software. VB-Cable gives you one VAC connection for free and two more can be added for a donation of your choosing.

Headphone Jack – This is a 3.5mm stereo jack for either stereo headphones or can be used to connect stereo powered speakers. Using stereo headphones or stereo speakers have the advantage of letting you monitor the Anan 10E’s two independent receivers simultaneously. It will also allow you to use PoweSDR’s binaural feature which can improve the copy of certain signals by bringing them more forward in the audio,

Key– For connecting a CW key. 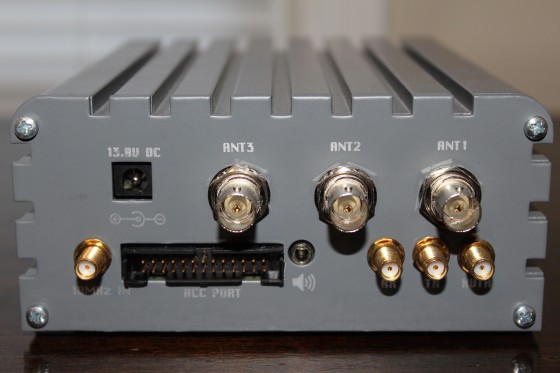 Ant Jacks – The Anan 10E provides you with 3 antenna jacks. You can use these SMA jacks to connect 3 independent antennas. For example you could connect a beam, dipole, and a vertical antenna to the jacks. PowerSDR can then be configured to automatically switch to one of these antennas depending on the band you have selected for receive or transmit. There are also facilities in PowerSDR that can provide even more sophisticated use of these antenna ports for applications such as attaching power amps or transverters.

External 10mHz Reference Jack – This allows you to connect an external reference signal generator to keep the selected frequency extremely accurate and stable. You may find this useful for some very high frequency applications where extreme frequency stability may be necessary.

ACC Port – This is a DB25 connector that can be used for advanced interfacing to external devices.

Mono Speaker Jack – The speaker jack is a mono 3.5mm jack that will allow you to plug in a standard non-powered mono speaker. The Anan 10E has a built in 1W amplifier that will drive an external speaker. Testing with several types of speakers showed that the internal amp provided plenty of output with a very decent sound quality.

* The RX SMA and TX SMA are typically used for advanced interfacing purposes such as using Pure Signal with external amplifiers. 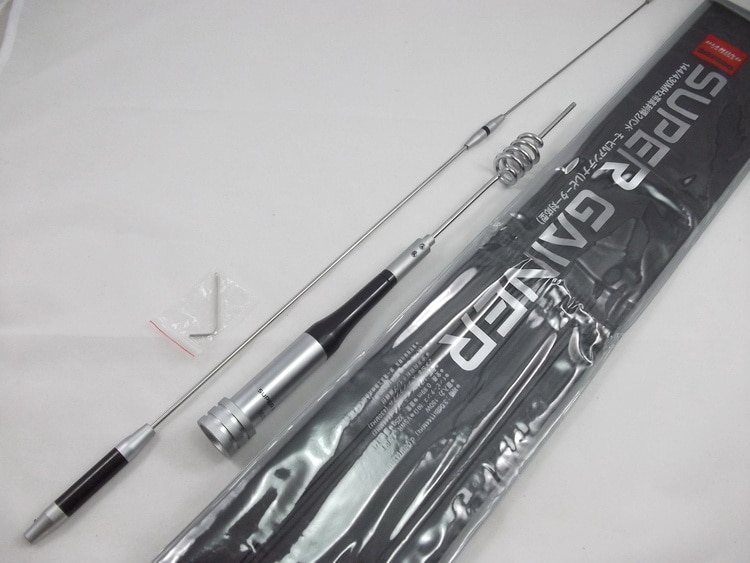