The 4″ display is the most requested feature by users of the smaller 2.8″ NanoVNA-H

The 4″ NanoVNA-H4 came in a similiar, but larger, storage box than the NanoVNA-H v3.4, with molded compartments and accessories. The storage box was packed in a shipping container with sufficient padding to survive the slow boat from China parcel post route.

The contents of the storage box included:

1. The NanoVNA-H4 comes in a well fitted ABS case and provides guards for the side mounted port connectors. The top mounted power and multi-function switches are larger (see attached photo) and feel more substantial than the NanoVNA-H.

A couple of members have reported that the case opening for the usb port was mis-aligned and they had to shave away a part of the opening in order to insert the usb cable properly. My unit did not have that problem, as was also the case for a few other members that reported receiving their units. Hopefully this is not a wide scale manufacturing problem.

2. The 4″ display is the most requested feature by users of the smaller 2.8″ NanoVNA-H. It is a tft display and the brightness is controllable in the CONFIG->BRIGHTNESS menu. I use the hugen -AA large font firmware on my NanoVNA-H v3.4 and in a side by side comparison, the font size looks the same as the NanoVNA-H4.

The biggest advantage of the 4″ display is the graphics are not as compressed and the larger fonts can be laid out normally so that the screen is more legible (See the attached photos for comparison). Even with the larger size screen, a stylus is still preferable to using your finger for navigation.

He has done just that in his initial release of the NanoVNA-H4. It has some of the marker enhancements from edy555’s firmware incorporated.

4. The NanoVNA-H4 comes with a 1950mAh battery. The off-line operating life should be all day. The battery voltage indicator option is installed. The larger battery and a new power chip decrease noise that was limiting measurement range during usb connection. The larger display and faster processor will eat some portion of the increased battery capacity.

7. Turning on the NanoVNA-H4 presented a version screen of 0.4.5-7 Jan 1 2020. hugen has just released firmware January 18th, 2020 which I have not updated to. Updating the firmware for the NanoVNA-H4 is different than in the NanoVNA-H v3.4.

There is no DFU menu option. Instead you have to push down on the top multi-function switch while turning on the NanoVNA-H4 to enter the DFU mode. From there updating is the same as in the past.

9. The NanoVNA-H4 removes the two accessory RG174 cables and replaces them with higher quality RG-316 cables. A printed Menu Structure Map is included in the package but is basically the same menu map that is available on this group’s wiki page.

10. The slightly annoying “feature”, where the power LED stays on for a few moments after switching the NanoVNA-H off, seems to be gone forever on the NanoVNA-H4 and NanoVNA-H v3.4.

So what’s under the hood? …

1. All the following under the hood comparisons were made using NanoVNA-H v3.4 and NanoVNA-H4 devices.

2. The NanoVNA-H4 is powered by a new and more powerful STM32F303CCT6 processor. The benefits are larger SRAM 40KB from 16KB, larger flash 256KB from 128KB, faster CPU clock 72MHz from 48MHz, and floating point accelerator.

A separate charge pump to power the mixer and tantalum capacitors were added to reduce the power supply noise. The 1950mAh battery can independently power the NanoVNA-H4 for more than 8 hours.

Access to UART1, PC14, and PC15 are user available on the v4.2 PCB. Certain members were clamoring for this UART access in order to add Bluetooth capability.

Even with the almost 3x the SRAM and 2x the flash memory it looks like the 101 scan point limitation is going to stay imposed to maintain backwards software compatibility, bummer.

5. After the noise floor measurements, I measured some real world components. First was a 1300 MHz BPF which I used in my previous message #9883 comparison. The filter skirts and lobes were more defined for the NanoVNA-H4.

7. The last photo is of a vswr antenna measurement on CH0. Its a well crafted Japanese antenna marked for 1450 MHz operation. The NanoVNA-H4 measured about the same as my NanoVNA-H 3.4 showing a VSWR of 1.1 and that the antenna is well matched to 50 ohms.

At only $10 usd above the price of the NanoVNA-H v3.4 the NanoVNA-H4 has a lot to offer. The 4″ display is a major improvement over the 2.8″ display. The NanoVNA-F owners are probably wondering what all the fuss is about as they have enjoyed a large display from the get go.

The faster processor and larger SRAM and Flash memory are eventually going to remove the bottle neck that is a limiting feature of the NanoVNA-H (v3.4 and below). Currently the desire to maintain backwards software compatibility is throttling back those advantages.

Looking into the future I can see more measurement points, averaging and a fft bandwidth implementation. Extended marker functionality has already been added which otherwise would not fit in the NanoVNA-H -AA memory space.

hugen definitely needs to look into the misaligned usb port opening QA issue that some members have reported.

I came across one firmware issue while writing this review:

Before I submit this as an issue to hugen I’m going to investigate this further tomorrow. If anyone else that has received a NanoVNA-H4 would try the above and let me know the results I’d appreciate it. I always assume operator error before submitting a software issue. 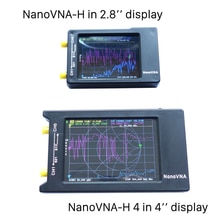 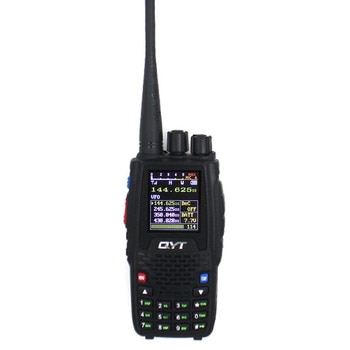