SOFTWARE and FIRMWARE for AT-D578UV

Please make sure the codeplug is saved to PC before your do the update and reset.

USB Drivers: Many users have found the Anytone radio USB will connect in Windows 10 without loading the AnyTone virtual drivers. The PC found Windows the driver that worked just by plugging in and turning on the radio.

If you get a new radio and your PC is Windows 10 system, do not install the GD32 virtual driver. *** Just plug the radio USB cable in to the USB port on your PC and let windows find the driver. *** If Windows 10 fails to load a USB driver please see the separate Virtual USB Driver Installation Instructions.

2.    Resolved the analog APRS can not reach aprs.fi issue.

3.    Resolved the issue that the GPS info doesn’t show on screen when press the programmed “GPS info” key in an analog channel.

4.    Resolved the issue that digital – digital cross band repeater function will cause the radio stuck.

6.    Resolved the issue that B band digital channel no audio when A band analog channel in scanning mode.

9.    Resolved the issue that digital-analog cross band repeater function doesn’t work when digital monitor is ON.

11.    Resolved the issue that # key will not save the contact and color code when digital monitor is ON.

13.    When cross band repeater function is ON, the TX prohibit function will be invalid.

15.    Improved the MMDVM RX signal will cause radio stuck issue.

16.    Resolved the band doesn’t correctly save in DCF file.

17.    Resolved the issue that AES code only 32numbers when open a codeplug.

19.    When repeater function is ON, the radio will auto disable Optional Setting – Volume/Audio – Maximum Volume, to resolve the low audio issue in repeater mode.

20.    Resolved the issue that Menu and Exit key on microphone is invalid when repeater function is ON.

21.    Resolved the issue that certain callers will not decode and show up as being received on the D578UV radio

Note: Once the radio is put in the FW update mode you must complete the FW Update Write to prevent the radio from staying in the Update Mode **

2. ) Press and Hold both the MENU and EXIT keys, and power the radio “OFF” You may see a non-relevant message on the display, but keep holding the 3 buttons until you get the blinking red light over the power-off button.

3. ) The red LED light should now blinking, and the radio has entered into firmware update mode.

4. ) Use the USB cable to connect radio to your PC.

6. ) Select the Open File button and select the appropriate D578UV.spi file in the FW Update folder

7. ) Check and Set the Com Port that is correct for your PC connected to the radio.

8. ) Select the Write button to write the new FW to the radio.

9. ) After the firmware update is finished, you must perform a Reset of the Radio (MCU Reboot).

1)    To Reset the Radio: Press and Hold the two front panel keys P2 and the Channel Knob (the one above the microphone connector) Hold these two keys while turning on the radio and it will reboot the radio into the Reset Mode.

2)    The radio Reset Screen will appear and ask you to Confirm the reset by pressing the Menu key on the front panel. The reset itself will take a minute or more. 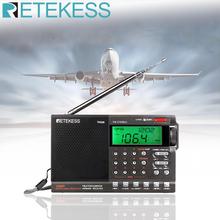 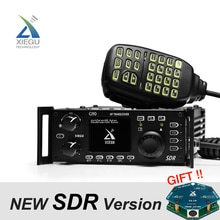